Robotic Gynecologic Surgery for Women now performed by Dr. David Agorvor & Dr. Braithwaite of Women & Teens Healthcare in North Miami Beach at major hospitals. Dr. Braithwaite has worked with Dr. Agorvor at Women & Teens Healthcare for over 8 years and he highly recommend all the patients to Dr. Agorvor because he is a very knowledgeable, dedicated and skillful obstetrician gynecologist with excellent bedside manners who cares about the well being of his patients. Both Doctors have taken the lead in providing women with the most effective and technologically advanced solutions available in healthcare for women. 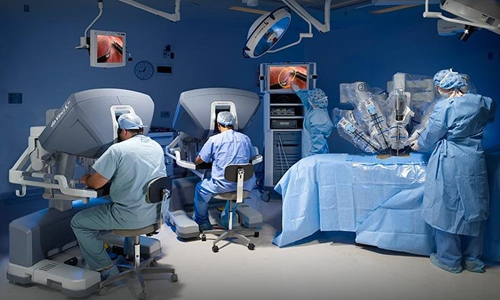 Compared to traditional surgery, robotic surgery is usually more expensive. Allow us to explain you why. A single robot costs about $2 million. The system has an annual service contract requiring between $100,000 - $170,000 (in addition to the purchase price). These rates justify the higher price of the robotic surgery compared to laparoscopic surgery or open surgery.

What are the Benefits of Robotic Surgery for Women?

Due to small incisions, less trauma to the body and greater surgeon precision, robotic surgery provides the following benefits over traditional open procedures including: